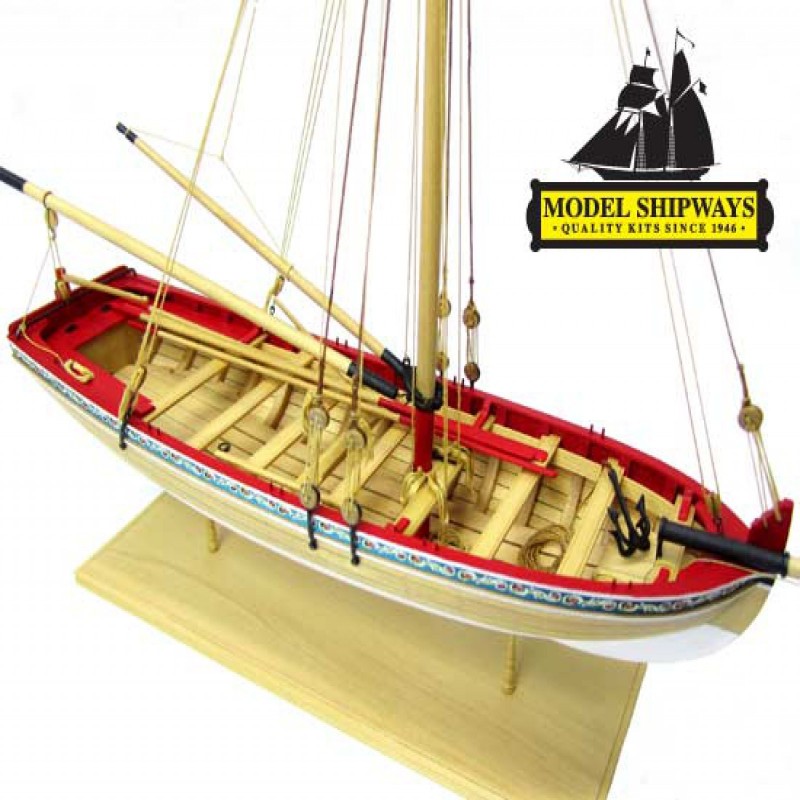 The longboat was the largest boat aboard an 18th century ship. The ship s principal lifeboat, it was also used for coming and going to the ship to transport supplies and take empty water casks ashore to be filled with fresh water. Longboats were kept fully provisioned at all times in case of an emergency.

Longboats were carvel built with the planks meeting flush at the seams rather than overlapping. A full bow, high sides and fine aft lines made it fairly seaworthy in heavy winds and steep waves. The interior was fitted with thwarts to accommodate eight to ten oarsmen. Many longboats were equipped with a removable mast and sails to allow for more extended voyages. A ship s gun could also be mounted in the bow.

Designed by master ship modeler Chuck Passaro, our longboat is a true plank-on-frame model, built much like the real longboats of the 18th century.

Two sheets of plans and a 20-page illustrated instruction manual address every detail of construction.

Did you buy this product?